Lyric Opera of Chicago’s Fantasy of the Opera Gala More than $470,000 net raised!

More than 500 attended Guild Board of Directors’ 28th annual Fantasy fundraiser, “A Night Under the Czars,” sizzled in the Civic Opera House on Fri., Jan. 27, 2012

Ice sculptures of Fabergé eggs, illuminated egg-shaped table lamps, frosted-glass table chandeliers, golden branches dripping with crystal strands, white table linens scattered with cut-crystal “diamonds” and frosty blue lighting designed by Event Creative all set the scene for “A Night Under the Czars,” the 28th annual Fantasy of the Opera Gala benefit hosted by Lyric Opera of Chicago’s Guild Board of Directors at the Civic Opera House on Friday, January 27. The gala benefit raised more than $470,000 net for the world-renowned opera company.

Traditionally organized by the The Lyric Opera of Chicago’s Women’s Board, Guild Board and Chapter’s Executive Board, this was the first year that the Young Professionals Board was also asked to participate in the fundraiser.

Aleksandra Efimova, chair of the event on behalf of the Young Professionals Board, said the young professionals were pleased to be included in the event and loved the opportunity to mingle with their peers.

“It was delightful to see such a great support from Lyric Young Professionals ― and what an amazing party we had! I am confident this first year of active involvement laid a strong foundation for a lot of other great events in the future.”

Early in the evening, an array of elegant tastings prepared by some of Chicago’s top chefs enticed the crowd of more than 500 ticketholders for the festive fundraiser. Restaurant stations could be found throughout the Daniel F. and Ada L. Rice Grand Foyer and American Airlines Mezzanine. Guests enjoyed a “Moscow Mule” cocktail (vodka, ginger beer, and lime), Veuve Clicquot Champagne, and other refreshments while they placed silent-auction bids in the Nancy W. Knowles Lobby, or purchased raffle tickets. Guests bid electronically using their personal communication devices or ones provided for the evening.

Following a seated dinner prepared by Limelight Catering, guests danced to Ken Arlen’s Indigo in the Daniel F. and Ada L. Rice Grand Foyer until midnight. They also enjoyed the elegant Dessert Fantasy in the Opera Club and American Airlines Mezzanine. The Lyric Young Professionals enjoyed dinner in the Pedersen Room (prepared by Jewell Events Catering) before heading out to the dance floor.

Ms. Efimova was proud that the evening’s theme highlighted her own heritage.

“Being born in St. Petersburg, Russia, it was a true honor to share the beauty and richness of Russian culture with the gala guests,” she said. “This event was another important step to strengthen understanding, communication and interest between United States and Russia ― something I strongly and passionately believe in.”

Aleksandra Efimova is the President and Founder of Aleksandra Enterprises, which includes Russian Pointe Inc.®, a brand of luxury ballet shoes specially handcrafted and imported directly from Russia, as well as Growing Through Arts®, a line of educational children’s books and toys designed to encourage children’s participation in and appreciation of the arts. Russian Pointe’s flagship Russian Pointe Dance Boutique on Chicago’s Magnificent Mile features the most sought-after pointe shoes and dancewear accessories as well as the entire Growing Through Arts® Collection. Born in St. Petersburg, Russia, Aleksandra moved the United States in 1993 and started her first successful company while still an undergraduate student. An alumna of the prestigious Harvard Business School, she has dedicated herself to sharing access to and enjoyment of the arts and to building bridges among people of different cultures. She is the co-chair of the Moscow Committee of Chicago Sister Cities International and the chair of Senator Mark Kirk’s Eastern European Advisory Committee. For more information on Aleksandra, please visit www.Aleksandra.com.

About the Lyric Opera of Chicago

Lyric Opera of Chicago, founded in 1954, is one of the world’s greatest opera companies. It is renowned internationally for its artistic excellence and financial strength. Over the past two decades the company has achieved unparalleled success in its ticket sales, averaging 100 percent attendance from 1988-2002, and more than 90 percent attendance since that time. Lyric Opera is also distinguished for having operated in the black for 23 of the past 24 years. Lyric’s eight-opera season starts in October and concludes in late March, offering 72 performances of opera classics and 20th-century repertoire over that time span. (Several world premieres have been presented over the years, most recently William Bolcom’s A Wedding during the 2004/05 season.) Each season Lyric audiences enjoy the world’s greatest singers in visually spectacular productions. For more information on the Lyric Opera, please visit www.lyriciopera.org. 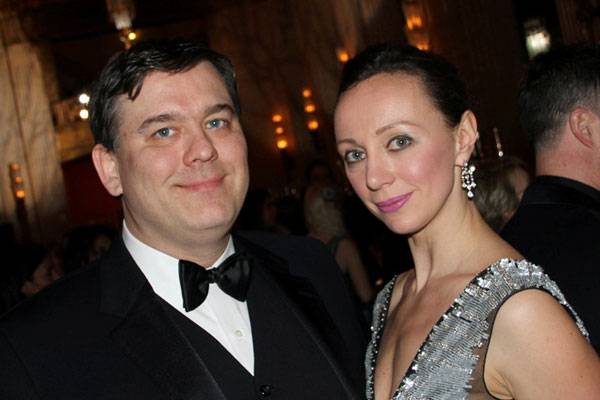 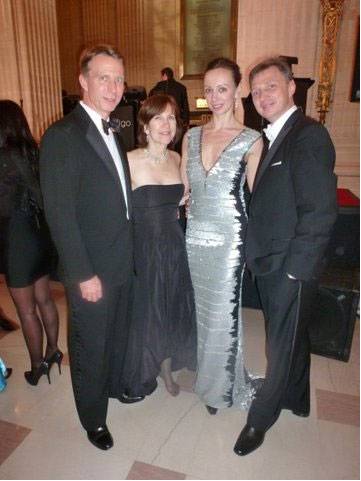 Mr. and Mrs. David Ormesher (President of the Board), Aleksandra Efimova, Oleg Vassiliev 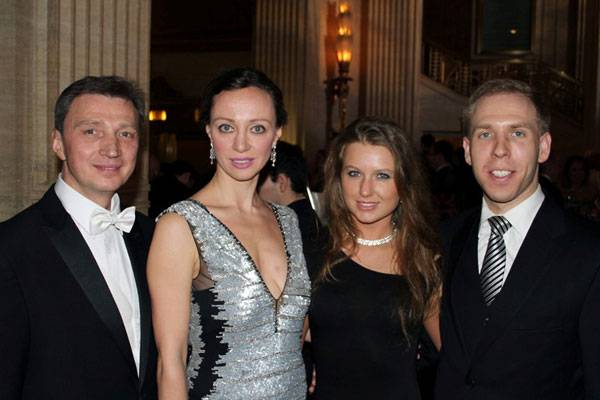